Glaucoma is a leading cause of blindness and visual impairment in the United States. Glaucoma, known as the "sneak thief of sight," can affect patients of all ages. Many people affected with glaucoma do not experience any symptoms and may not be aware that they have the disease until they have lost a significant amount of vision. With early detection and treatment, eyes can be protected against the serious loss of vision or blindness.
Glaucoma can affect anyone from newborn infants to the elderly. It has been estimated that up to 3 million Americans have glaucoma. At least half of those people do not know they have glaucoma because it usually has no symptoms.

There are several types of glaucoma with two main types: open-angle and angle-closure.

Angle-closure glaucoma occurs when the tiny drainage channels, known as the trabecula, become blocked which then causes a sudden rise in pressure in the eye. This condition is not common but when it occurs it requires immediate medical attention.

Everyone is at risk for developing glaucoma. Those at greater risk meet the following criteria:

To detect glaucoma, the physician will perform the following tests: 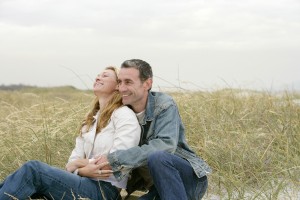 Once glaucoma has been diagnosed, treatment should begin as soon as possible to help minimize the risk of permanent vision loss. There is no cure for glaucoma, so treatment focuses on relieving symptoms and preventing further damage. Treatment for each individual case depends on the type and severity of the glaucoma. Some of the treatment methods for glaucoma are:

Eye drops or oral medication may be used to either reduce fluid production in the front of the eye or to help drain excess fluid. Side effects of the medication may result in redness, stinging, irritation or blurry vision. While glaucoma often has no symptoms, regular use of the medication is needed to keep the eye pressure under control.

Trabeculoplasty, iridotomy or cyclophotocoagulation are laser procedures that aim to increase the outflow of fluid from the eye or eliminate fluid blockages.

A trabeculectomy may be performed to create a new channel to drain fluid from the eye and reduce the pressure that causes glaucoma. Surgery is performed only after medication and laser procedures have been unsuccessful.